The summer season – and particularly the July 4th holiday – is a lot of fun, but it can be very stressful to our pets. Did you know that more dogs go missing during the July 4th holiday, than any other time of the year? Here on some tips to keep your pets safe, happy … Continued 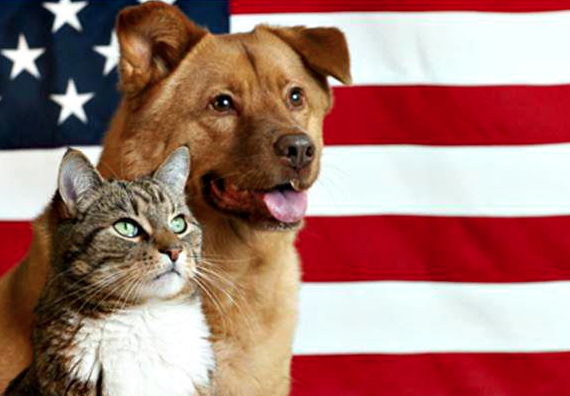 Kitten Season is in Full Swing! Every year, as the warmth of spring turns into summer, APS of Durham prepares to welcome hundreds of kittens into our shelter. Many newborn kittens have been separated from their nursing moms, and rely on the constant safekeeping provided by human caregivers to survive, grow, and eventually find loving … Continued

Learning, Touring and Fundraising for APS

In the past month or two, we have had a lot of people showing their support for us! Whether it was a fundraiser outside of APS, or hosting school groups or giving tours at the shelter, people have been wanting to learn and do more for us! Club Boulevard Elementary School’s Caring Kids club came … Continued

Find something sweet this week at APS during our Meet Your Match adoption campaign! Starting Monday, February 13, through Saturday, February 18, select animals will have reduced adoption fees. If you are looking to add a loyal, sweet companion to your family, who will give you plenty of kisses and bark sweet nothings into your ears, … Continued

Find Your Sweetheart at APS!

Roses are Red, Violets are Blue, There are so many sweet animals at APS Wanting to go home with YOU! This February, FIND YOUR SWEETHEART! Alycat Photo & Video Services has generously donated a photoshoot to one lucky APS adopter during the month of February. Anyone who adopts is given a blue ticket to drop … Continued

On Saturday, January 21, Janet – a Yorkie Chihuahua puppy – was taken from the APS animal shelter sometime in the mid afternoon. The puppy was discovered missing on Monday, and a police report was filed. Janet does have a microchip registered with Home Again, and a missing pet report has been filed and distributed … Continued

Wilbur and Julianna were able to take a break from shelter life Sunday, attending the monthly Beer Durham outing. They met up with their APS buddy Pollux, who is in foster care. The three of them had the BEST time! The first Durham Food Truck Rodeo of the year was also underway nearby at Durham Central Park, … Continued

Animal Protection Society of Durham was selected as one of 10 nonprofits in North Carolina, and 200 in the country, to auction a bottle of O.F.C. rare vintage Kentucky Bourbon Whiskey, to use as a fundraiser. O.F.C. is a vintage and rare bourbon produced by Buffalo Trace Distillery in Kentucky. The bottle given to APS … Continued

Tips to keep your pets safe in wintry weather

With parts of the Triangle expecting up to 8 inches of snow this weekend, the staff at Animal Protection Society of Durham offers a few cold weather tips to keep your four-legged friends safe and comfortable while braving the wintry weather.   Keep a dry towel near the door, and as your pet returns, remove … Continued

During inclement weather when Durham County Government offices are closed, the Animal Protection Society and the Durham Animal Shelter will also be closed to the public, starting at 2PM Friday, January 6 through Tuesday, January 10, 2017. Staff and volunteers will still be on site and continue to provide standard care to all of the … Continued