Here is the story of once shy Gus Gus, as told by his owner Diana Pineda.

“I adopted Gus Gus in mid-March 2021. My first rescue cat, Ella, had just passed away and I dropped by APS to see if you had any cats. Somehow that day there were only 2 cats at APS (not fostered), and Gus Gus was the only adoptable cat. He was super shy and anxious, but after spending a few minutes with him I decided to bring him home. Well, the first few nights he hid at the bottom of a bookcase in his room. He was really scared. So I got a Felliway diffuser and calming treats, and left him alone in the room except for a couple of hours a day. I would sit in a chair and read to him, so he got to learn my voice. Week 2, he left the bookcase cubby and came up to a wall shelf. He was eating, using his litter from day one. The vet said he was healthy. So I let him be and started working in the room a few hours at a time (his room was my home office). Slowly, he started walking around the room while I was there. I let him explore the rest of my townhouse after a few weeks. Within weeks, Gus Gus was letting me pet him, and now he hangs out on the couch with me! He just needed love and patience!” 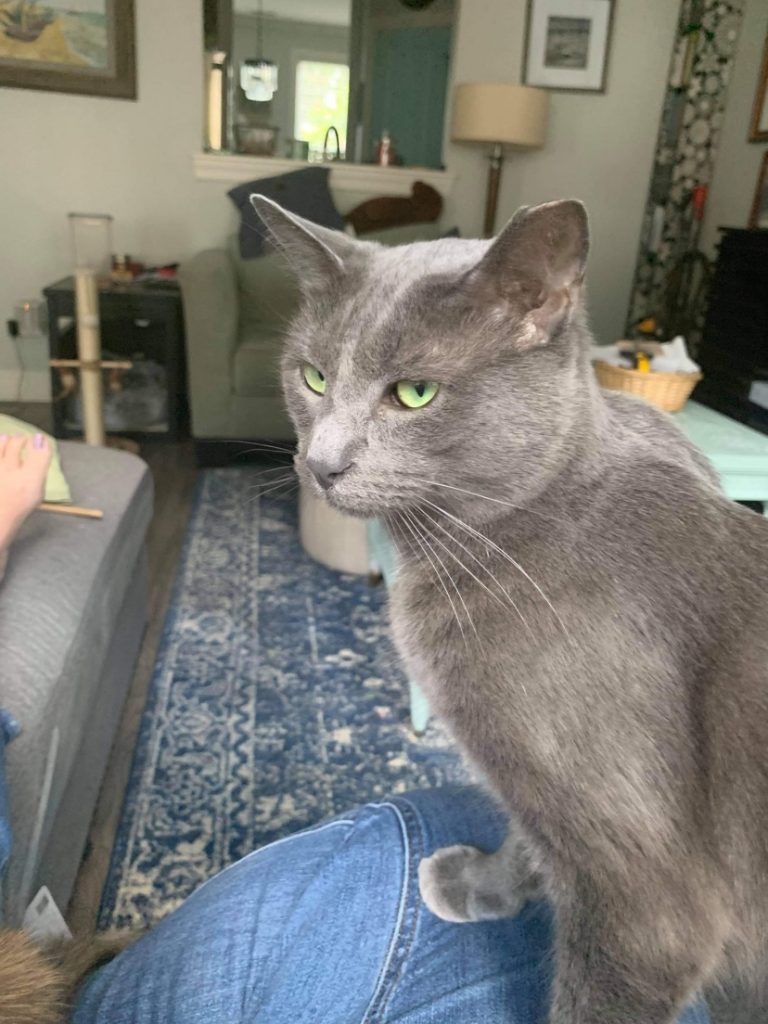 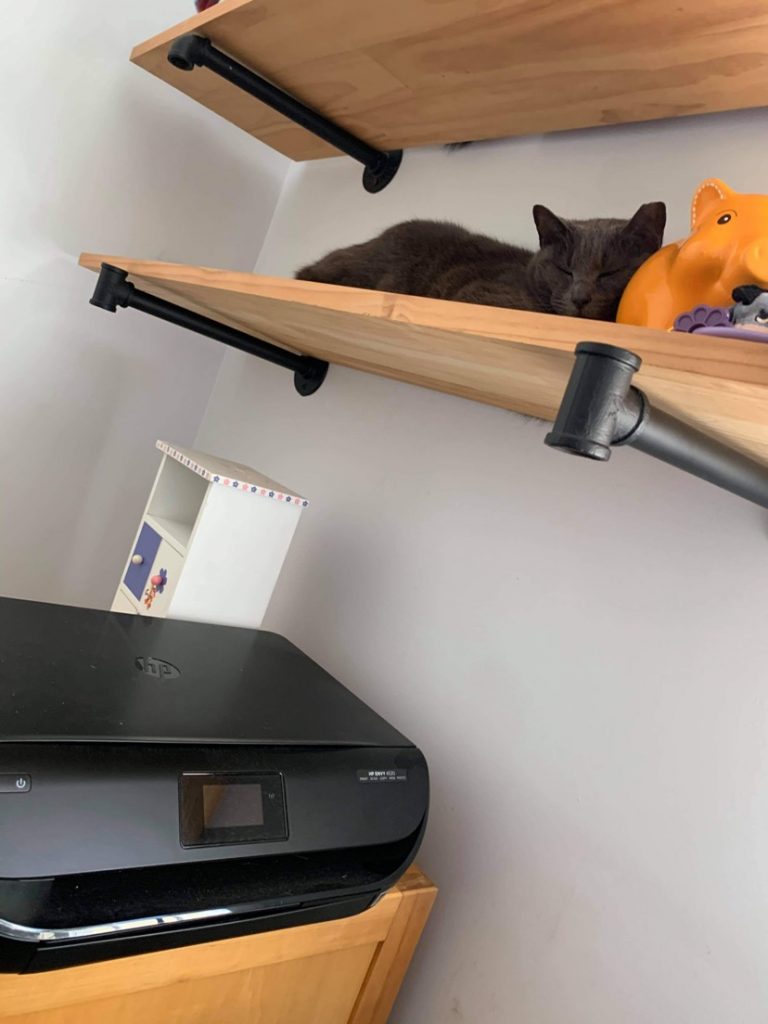 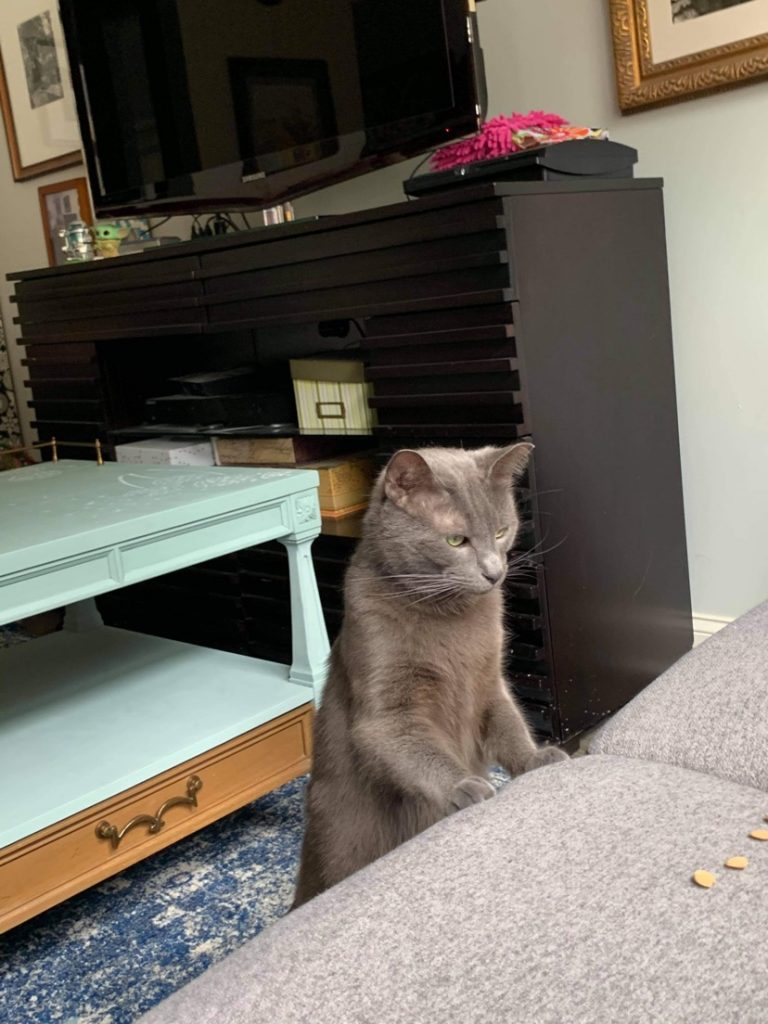