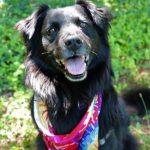 They say when you meet the right person (or, in this case, the right canine) life happens as it’s supposed to, then the rest is history. That’s exactly how it happened in this adoption story for a sweet beagle mix known as Blake…at least until Charlie, Blake’s future human, came along. Shortly thereafter, Blake became Tuna, and Tuna melted hearts worldwide—starting with Charlie’s. Here’s their story.

It was November 2017. The air was crisp, as most North Carolina Novembers go. Tuna, a furry family member of the Durham APS, woke up, not knowing the joy and happiness that would soon ensue him. On the other side, Charlie set out for a visit to the shelter, ready to adopt but still very much in the “looking around” phase. Charlie was ready for the right pup, but not just any pup. Little did Charlie know that right pup was just inside. Charlie saw Tuna, and no one could stop this adoption from happening.

Since the adoption, Charlie has learned how adapting to Tuna’s quirks and needs—challenges with the leash, fear of thunderstorms, and his desire to pee on every. single. mailbox—would only strengthen their bond further. Since finding Tuna, Charlie’s life has only gotten richer. And, if we had to guess, Tuna feels the exact same way.

“Tuna gives me so much confidence and loves me unconditionally like no other. He’s pushed me to be a lot more active and honestly just brings me mountains of joy daily. He seems to be a mind reader—he always knows what I need and is always ready to be the best boy he can be.” —Charlie 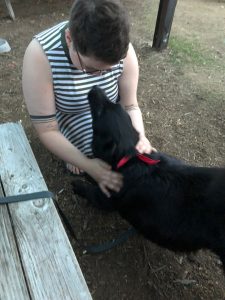 As if your hearts weren’t already melted, Charlie’s favorite thing about Tuna will make you smile even harder: “My favorite thing about Tuna is how he *oozes good.* He is so pure and light and wonderful, and always knows what people need. I’m sure he’s faced some adversities in his life, but he just loves to love. He’s an absolute angel, a one-of-a-kind pup, and my best friend.”

Today, Tuna lives a happy and healthy life, surrounded by his feline friend and other beagle beaut named Koda, now his bestest friend—aside from Charlie, of course.

And that’s what we call a Happy Tail.

Now through July, our adoption prices will correspond with the date on the calendar. Come in on the 18th, for instance, for an $18 adoption fee. Don’t wait too late to get the best adoption fee to take your new pet home and make your family feel complete! Click here for more information.